I spent my week (and my money) at CVS

This was a crazy week here in our household. Poor Summer fell down the stairs Monday night and has a goose egg on her head and her arm in a sling. Thankfully, the x-rays show nothing broken or fractured, but the doc says it's sprained and bruised pretty bad. $$ Had to buy some fast dissolve Tylenol tablets because she can't swallow pills yet and get a sling for her arm $$. As I've mentioned in a previous post, my heel has been driving me crazy and I was diagnosed with plantar fasciitis. $$ Had to get some prescription anti-inflammatories for that $$ And, of course Bryce didn't want to be left out so he had an allergic reaction to the marinade on some ribs he ate and has this lovely rash on his face $$ Had to get some Benadryl and topical cream for that $$. Needless to say, we've been busy around here running to and from doctors, getting x-rays, dropping off and picking up prescriptions, applying ice to some, heat to others and of course ointments to yet more of us. Thank you CVS for having a drive thru and congratulations for sucking $$ out of my wallet like a vacuum cleaner. Here's to wishes for an relatively uneventful weekend and a calmer time next week.
Posted by GadgetGirl at 7:00 AM No comments:

Email ThisBlogThis!Share to TwitterShare to FacebookShare to Pinterest
Labels: injury 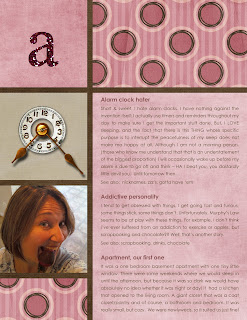 Journaling reads:
Alarm clock hater
Short & sweet, I hate alarm clocks. I have nothing against the invention itself; I actually use timers and reminders throughout my day to make sure I get the important stuff done. But, I LOVE sleeping, and the fact that there is this THING whose specific purpose is to interrupt the peacefulness of my sleep does not make me happy at all. Although I am not a morning person, (those who know me understand that that is an understatement of the biggest proportion) I will occasionally wake up before my alarm is due to go off and think – HA I beat you, you dastardly little devil you. Until tomorrow then…
See also: nicknames, zzz’s, gotta have ‘em
Addictive personality
I tend to get obsessed with things, I get going fast and furious, some things stick, some things don’t. Unfortunately, Murphy’s Law seems to be at play with these things. For example, I don’t think I’ve ever suffered from an addiction to exercise or apples, but scrapbooking and chocolate?? Well, that’s another story.
See also: scrapbooking, drinks, chocolate
Apartment, our first one
It was a one bedroom basement apartment with one tiny little window. There were some weekends where we would sleep in until the afternoon, but because it was so dark we would have absolutely no idea whether it was night or day! It had a kitchen that opened to the living room. A giant closet that was a coat closet/pantry and of course, a bathroom and bedroom. It was really small, but cozy. We were newlyweds, so it suited us just fine! We lived there for a year before moving to Virginia Beach.
See also: home
This is the first of many installments on the ABCs of Me's. Each week I will feature a different letter of the alphabet and a few corresponding entries on yours truly. This project was inspired by a class I took at Big Picture Classes (Me: The Abridged Version) which was based on a book called Encyclopedia of an Ordinary Life.
Posted by GadgetGirl at 12:01 AM No comments:

Email ThisBlogThis!Share to TwitterShare to FacebookShare to Pinterest
Labels: ABCs of Me

Running between the raindrops

I always find it amusing to watch people walk, and ultimately run, in the rain. There's this universal posture of slouching over. What's the deal? Do they really think that if they arc their body at the perfect angle that they will somehow magically run between the raindrops? And, umbrellas - do they really help? My experience with umbrellas is such that unless you are standing perfectly still in a rainstorm that is coming straight down from the sky, then you have a slight chance of remaining somewhat dry. If however you live here on a planet called Earth, then you are out of luck. I have found that umbrellas are good at a few things, 1) making your hand cramp as you try desperately to hold it at the perfect angle for staying dry; 2) aggregating not just one tiny drop, but a whole group of drops so a giant drop rolls directly down the middle of your back and 3) causing immense frustration as you attempt to shake off and simultaneously collapse said umbrella while dispersing the remaining raindrops on the one dry spot left on your right foot. Rainy days are good for several things however, such as sleeping in, watching movies and ordering take-out!
Posted by GadgetGirl at 1:17 PM No comments:

Every morning for the past two weeks, I've been gimping around for the first hour or so in the morning. My right heel has been hurting pretty bad. It wasn't to the point of being in screaming pain, but enough to be terribly annoying. After practically falling down yesterday when getting out of bed, I figured I'd better do something about it and quick. So, I went to the doctor today to confirm my suspicions, and I apparently have plantar fasciitis. It is basically an inflammation in the heel pad. Just in case you were wondering, it kind of feels like there's a big elastic band going from the back of your heel to the middle of the bottom of your foot that won't let you stretch it like it should. And by the way, yes it does hurt, and not only when you stand on it. The worst part is in the morning. This 42 year old bladder wakes up way before this bum foot is ready to make a mad-dash for the bathroom!

Nothing really to write home about, but it seems my body keeps sending me little signals to remind me I'm getting older (as if those tiny growing crow's feet aren't indication enough). I'm totally ok with the increasing number associated with my birthday, but I am not ok with feeling like I'm twice my age. So here I sit, icing my heel, trying to freeze the fasciitis away. Wish me luck, and if you see someone walking around the neighborhood looking like a pirate, don't worry, that's just me. However if you see me with a parrot and an eye patch....well, that's for another day.

Posted by GadgetGirl at 6:11 PM No comments:

Email ThisBlogThis!Share to TwitterShare to FacebookShare to Pinterest
Labels: injury, me

Well, it finally happened. The dryer that has been taking longer and longer (and longer) to dry our clothes finally just up and quit. I certainly have to give a shout out to Sir Kenmore for sticking it out until the last load. Fortunately since my life operates a la Fly Lady lately - I had conquered Mount Washmore by doing a load a day and I was all caught up. So even though it took a few days to scrape together the money for the new dryer as well as pick it out and have it delivered, not one person in my house had to go commando. Dare I say it again, life is good. 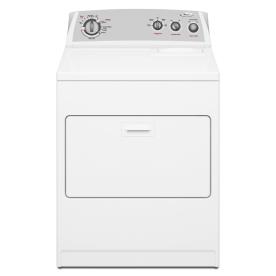 Posted by GadgetGirl at 3:17 PM No comments:

Email ThisBlogThis!Share to TwitterShare to FacebookShare to Pinterest
Labels: FLY, life is good

Christmas cards for me, Mom & Beyelers

Posted by GadgetGirl at 10:26 AM No comments: